We Need Stronger Laws - Vote Wisely In the 2022 Federal election 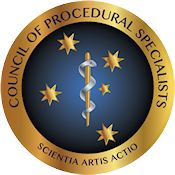 Say NO to US Managed Health Care

IT'S ELECTION TIME! CLICK HERE TO SEND A LETTER TO YOUR LOCAL FEDERAL MEMBER

Who controls your healthcare?

Health insurers must be prevented from making contracts which compel or financially induce doctors to follow the health insurer’s treatment rules. The doctor and the patient should be the only parties involved in treatment decisions.

Health insurers should be prevented from vertically integrating hospitals in order to dictate or enforce treatment pipelines.

An independent private health regulator should be appointed to enforce the strengthened Health Legislation, both in spirit and by letter of the law.

US Managed Care is a health system where the insurer controls what you receive.

We’ve all heard the horror stories;

Your doctor, your hospital, your treatment plan and cost spent on your health according to their network contract provider agreements.

You must choose from the list of providers they contract with.

If you want a doctor “out of network” your insurer doesn’t cover you.

If your chosen treatment or hospital is “out of network”  your insurer doesn’t cover you.

Not all company health plans are the same with many levels of network coverage  depending on what contracts the insurer allows and what your employer can afford.

What has happened in Australia?

Over the last 5-10 years we have seen the stealthy creep of health insurers into the treatment pathway.

Each encroachment is small and in a grey zone, but collectively the intent is clear and the major “for profit” insurers are each testing the water in different ways.

In 2017 Bupa, a UK health insurer, introduced restrictions on which hospital you could  attend, by only insuring gaps if the hospital was a Bupa network provider.

In 2019, Medibank Private began to buy hospitals in order to begin to vertically integrate services.

In 2022, Medibank Private continued to buy, build and commission day surgeries which appears to be a slow but steady attempt to become an end to end health provider – your health choices now in their pipeline.

There is no better indication that NIB Health Insurance sees Network Care via managed care contracting as its future pathway to increased profit.

The arrival of the US giant Cigna Healthcorp is a bridge too far.

Medical groups, hospitals, device manufacturers and even 26 not for profit health insurers have lodged complaints with the ACCC that attest to the threat of US Managed care posed by the NIB/Cigna joint venture (called Honeysuckle Health).

In short, the already very profitable health insurers are seeing an opportunity to take control of our private health system and model it on the US system.

For those in the health industry this picture has been developing stealthily but the intentions of the insurers are clear – to exert control over medical care, minimise their costs and deliver greater profits for their shareholders.

Say NO to US Managed Health Care